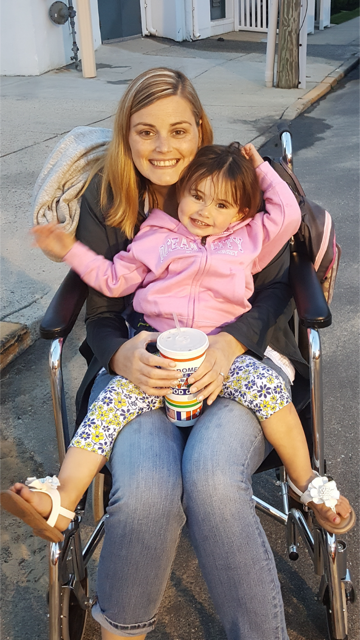 The first strange thing Amanda noticed? Everything started to taste like metal. Then, her legs gave out as she walked. And her skin itched terribly.

One morning, Amanda woke up to find her fingertips had gone numb and tingly. That numbness spread up her arms. Her legs felt like they each weighed a thousand pounds. Even something as simple as picking up a glass of water was too much for her body to handle.

Things worsened when Amanda returned to the hospital. Her legs went from numb and tingly to completely paralyzed. Her arms soon followed. She couldn’t move anything.

“They were testing me for all sorts of scary stuff,” Amanda says. “And I remember the ER doctor saying, ‘We’re testing for this, this and this, and we’re also going to test for Guillain-Barre. But that’s really rare. I’ve never even seen a case of it.’”

Maybe it’s just us, but we think some of the scariest illnesses are those that require a pronunciation guide. Guillain-Barre (pronounced gee-YAH-buh-RAY) syndrome is a disorder in which the body's immune system -- which normally does us a solid by attacking germs and other icky things in our bodies -- instead attacks a person’s nervous system. Between 3,000 and 6,000 people are diagnosed each year, according to the CDC. That itching and tingly feeling Amanda experienced in her legs and arms? That was her nerves dying off.

After spending two weeks in the hospital -- and undergoing spinal taps, IV treatments and SO MANY tests -- Amanda was able to return home to her husband and 2-year-old daughter. But she was wheelchair-bound and required months of physical and occupational therapy before graduating to a walker and cane.

In the midst of all this, Amanda lost her father-in-law to lung cancer. Her own father died shortly before she was diagnosed. Then, Amanda's close friend and colleague died from sudden illness shortly after giving birth. “It’s just been one thing after another,” Amanda says. But you best believe that being walker-bound didn’t stop Amanda from securing a ride to the hospital almost every day to sit by her dear friend’s bedside in the ICU because “that’s just what friends do.”

There is no known cure for Guillain-Barre syndrome, but it can be improved and managed with time and proper treatment. Amanda tries her best to stay hopeful, but a year and a half after she first felt that strange numbness in her fingertips, Amanda is still working with specialists to figure out an effective treatment plan. At times, she experiences pain so severe, it feels like she’s being stung by hundreds of bees. Her arms jerk uncontrollably. Physical therapy helps but is simultaneously exhausting.

“I just want to be back to my normal self. I want to go to work,” Amanda says. “My daughter wants me to pick her up, and it breaks my heart because I can’t, because I have no muscle … Physically, I look okay. But inside, I hurt so bad.”

Your support this month will help Amanda and her young family with her ongoing treatment costs and medical bills. It will ease a bit of their financial stress as they adjust to their new normal.

"I used to be the main breadwinner of the house, but now things have changed. Our lives have changed. But I still have the support of my husband, and I have my daughter. They keep me going." 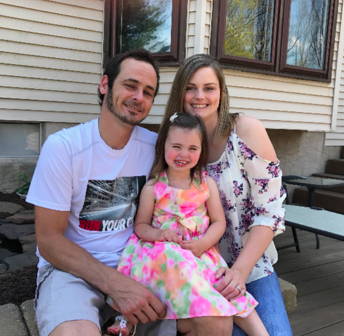 SHOP TO SUPPORT AMANDA
MEET OUR PAST HEROES