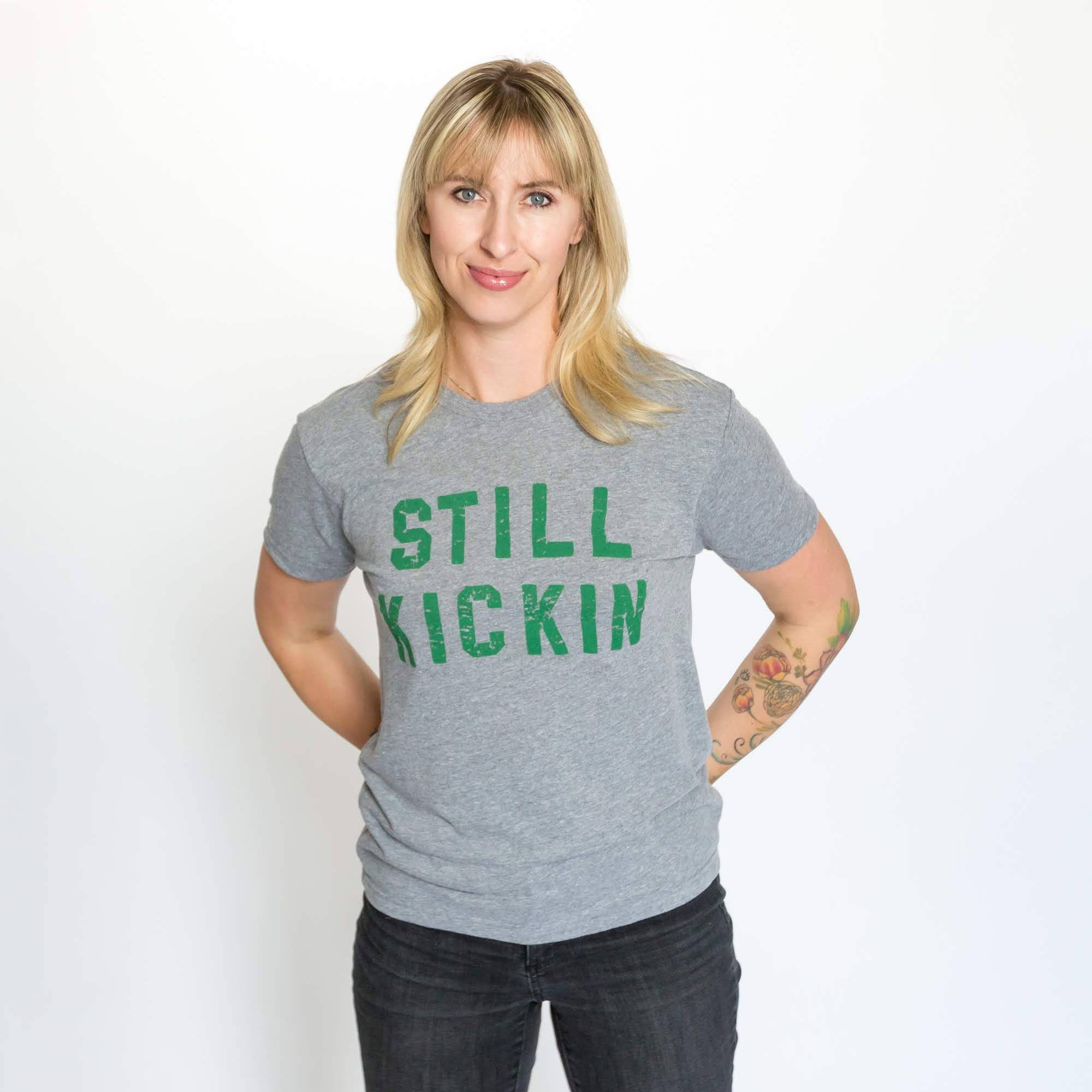 There once was a man named Aaron. Nora McInerny loved that man. That man got a brain tumor and died. It was very sad. So Nora started a nonprofit organization inspired by that man’s favorite thrift store t-shirt.

Since then, Nora has started some other things as well. She has three books you can read (It's Okay To Laugh (Crying Is Cool Too), No Happy Endings, and The Hot Young Widows Club), a podcast you can listen to ("Terrible, Thanks For Asking"), a TED talk you can watch (kind of a big deal), and a club you can join if you also lost your human (the Hot Young Widows Club).

Oh, and just so you’re aware in case you ever run into Nora at the grocery store or your local Target, she’s fairly tall. Don’t be alarmed.

Officially, Lindsay Wenner is Still Kickin’s executive director, but we prefer to call her The Woman Who Runs This Whole Damn Show.

After Aaron’s death, Nora reached out to Lindsay about starting a nonprofit. They’d print a few copies of Aaron’s favorite t-shirt, sell them, and donate the proceeds to someone in need... and then do that month after month, forever and ever. And Lindsay said, “Duh. I’m in!” (This is probably not a direct quote.)

Using her background in project management from the ad world, Lindsay executes big ideas to help as many humans as possible. She has a magical knack for turning late night texts from Nora into business strategies. We love the heck outta her brain and her ambition. 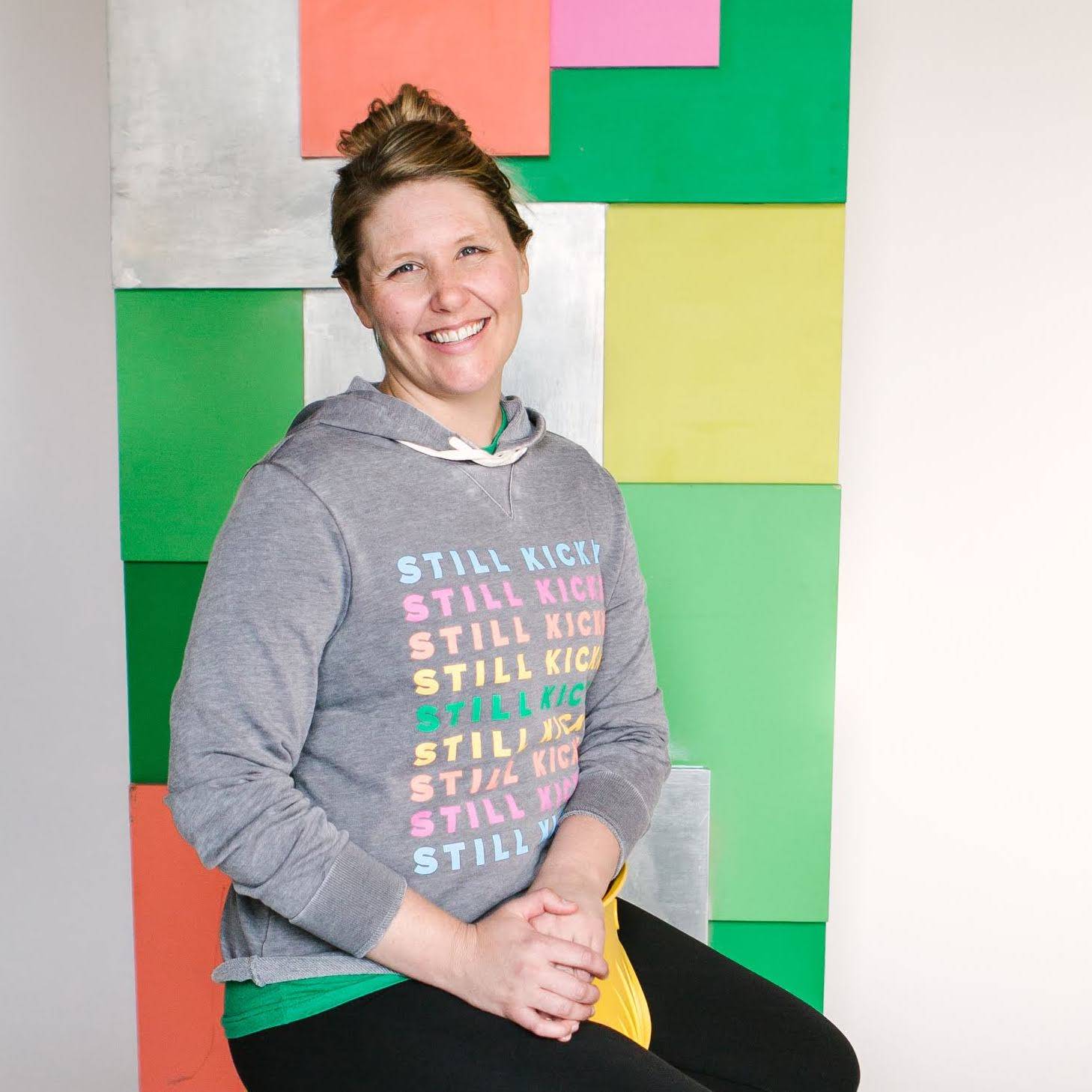 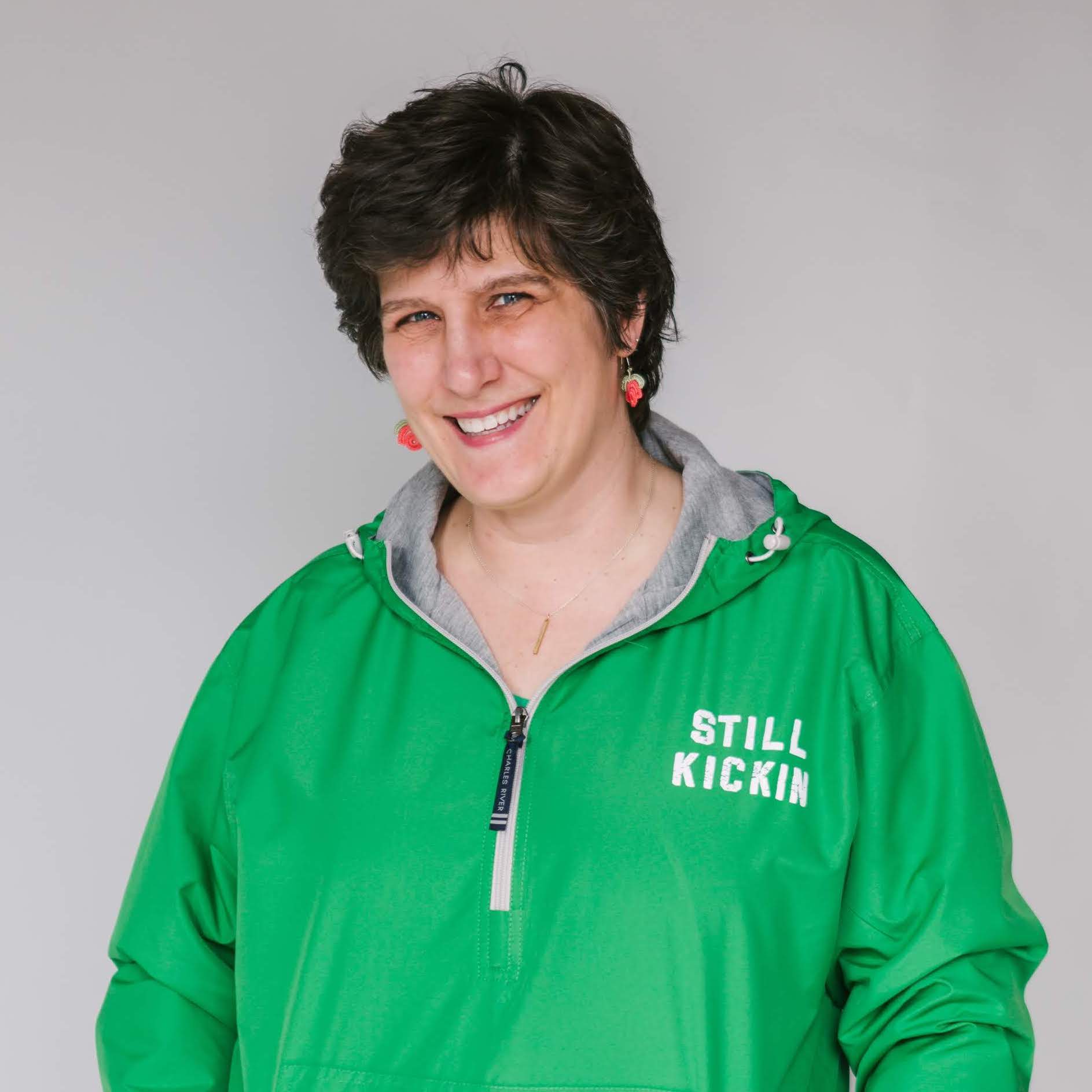 Cindy is in charge of Still Kickin’s inventory management and accounting, which means she manages the inventory of all of our merch, helps in the warehouse, and keeps our books straight every month. When she’s not at the Still Kickin office, Cindy hangs out with her husband, her adorable dog (Harmony), and spends time at Mill City Running. 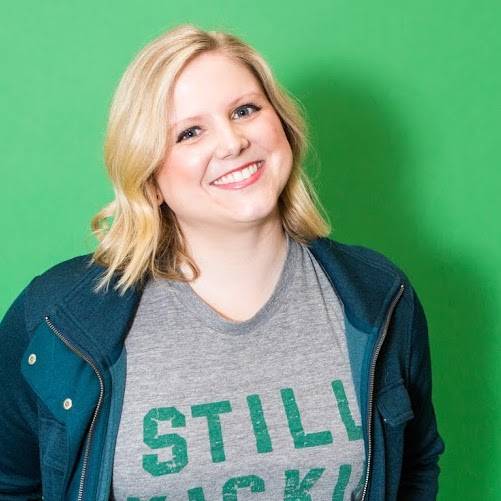 Jordan helps run Still Kickin’s marketing and communications, which means you’ve read her words in our social posts, newsletters, and on our website (just to name a few). Jordan is also Still Kickin’s Hero liaison, which mean she gets to know all of our Heroes and helps tell their stories. On top of being a wordsmith, Jordan collects old typewriters and loves '90s music. (Don’t we all?) 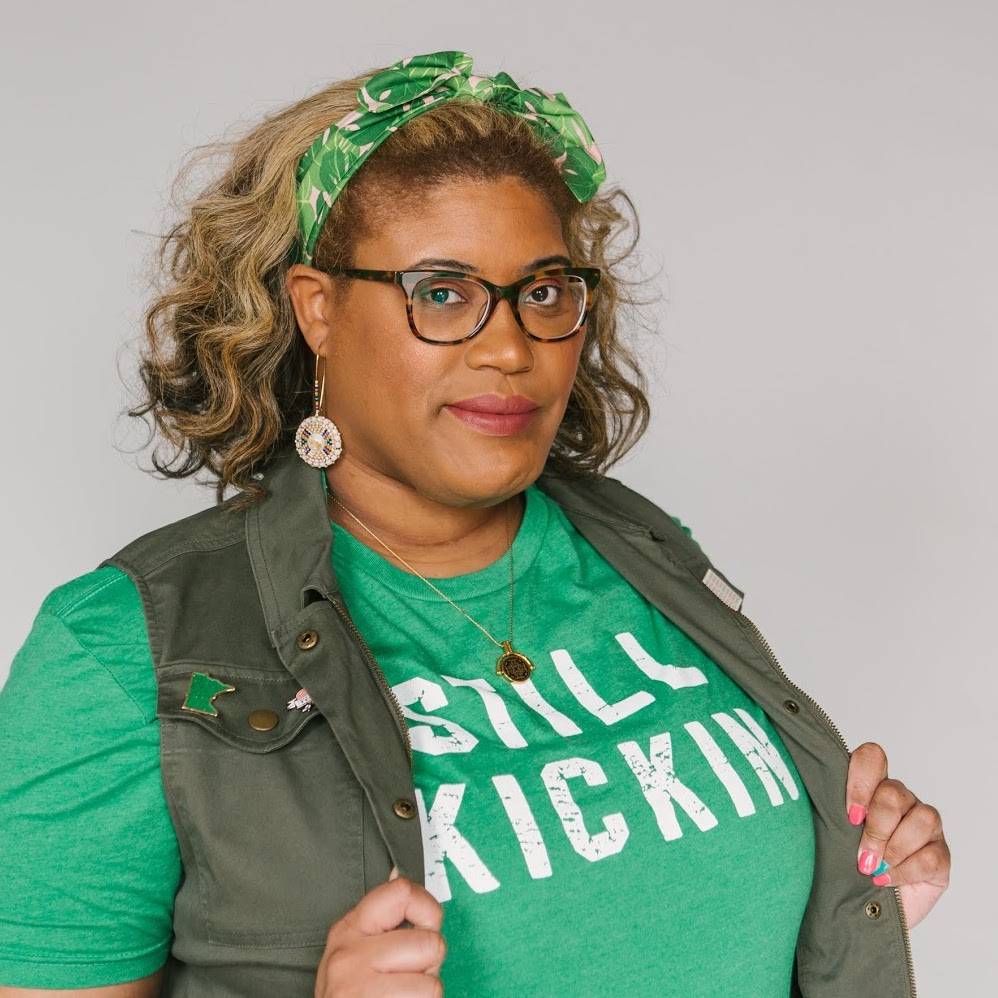 Gigi is in charge of Still Kickin’s warehouse management. She helps organize our warehouse and coordinates closely with Cindy. If you get an order from us, Gigi or Cindy probably packed it up and sent it! On top of being our warehouse maven, Gigi owns her own pin company and works at the Flip Phone drag brunch every weekend. 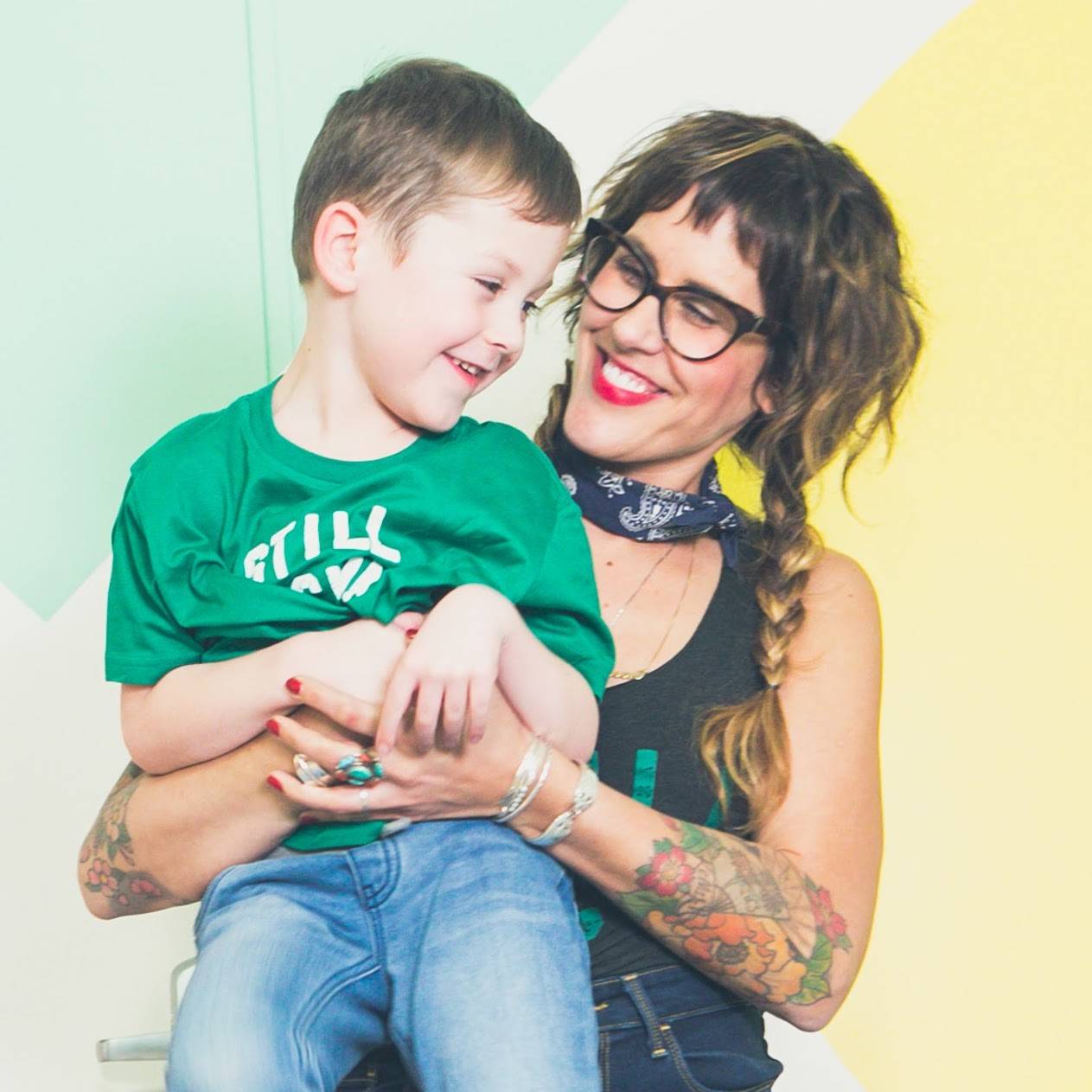 Moe and Nora started the Hot Young Widows Club over brunch in 2014, and Moe has run the program ever since. She also puts on our yearly Be Alive benefit concert. When she’s not helping to create incredible programing for the HYWC, Moe runs her own salon and is our resident Jon Bon Jovi look-alike.